Last week Down Under!

Time flies when you are having fun…  Saturday I will ride Cadels Great Ocean Road race in Geelong and then it is time to go home. I arrived on the 20th  October in Cairns to ride the Crocodile Trophy. I did know that I would ride the Bay Crits and Tour Down Under in January.  For November and December I had totally no idea where I would stay, where and how I wanted to spent my holiday and where I would start my training.

I ended up travelling around ‘go with the flow’ and this made me sometimes a bit nervous, not knowing where I would stay the next day. Especially for someone like me that is really used to live according to a training schedule and always wants to plan ahead… It was sometimes challenging, but I started to like it. The last 3,5 months I stayed at 47! different addresses according to my whereabouts. I am still not tired from travelling around with my bike and backpack (12 kilo).

I stayed after the Tour Down Under in Adelaide with my teammate Alexandra Manly. She lives in the Adelaide Hills. So far for me the most beautiful place to train with the nice roads and lovely climbs and a lot of koala’s to spot during my rides!

Joining the Tour Down under has been an amazing experience. I am not in my best shape yet but the races I will target (Ronde van Vlaanderen and Amstel Gold Race) are in April. I enjoyed supporting my team and especially helping Amanda Spratt to win the tour.

Last Saturday I was invited to the Legends Dinner in Adelaide. Together with Peter Sagan, Esteban Chavez and Anna Meares I was one of the four ‘ Legends’ to be interviewed on stage. Also here the womens roadrace had a big impact on people. During the dinner some women wanted to have a picture with me and got very emotional when they started to talk with me. It made a big impression on me.

I had a lot of time all by myself to think during my time in Australia. Sometimes my thoughts did go back to the race in Rio. I was at an exceptional level that day and this inspired me to set some new goals for the season. I am ok now to talk about Rio instead of sad like a was in the first week after Rio. Don’t hesitate to ask me something about the Olympic roadrace because I think it was one of the most memorable moments in sport. 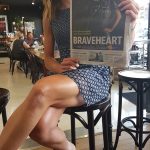 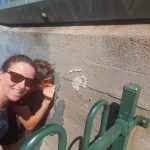 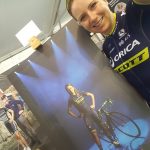 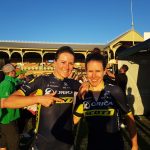 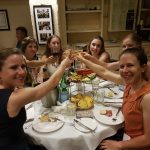 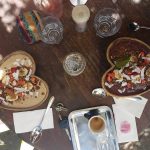 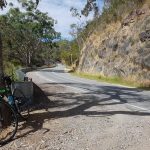 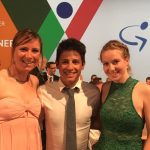 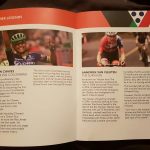 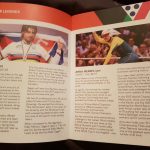 2 reacties op “Last week Down Under!”